Dr Koos Bouwer was born in Bellville, Cape Town where he grew up and matriculated at D F Malan High School. He studied at the Free State University where he was a member of the first group of 40 students to obtain a MB ChB degree in 1976.

This was followed by 2 years of military service.

He then practiced as a general practitioner from 1980 till 1991 before embarking on postgraduate studies at the University of Pretoria where he qualified in radiation oncology.

On 1 July 1995 he commenced with private practice in Pretoria with his university promoter, Prof A S Alberts as a clinical and radiation oncologist and became a founder and director of the A B J Oncology Group.

He is currently practicing at the Wilgers Oncology Centre with special interest in conformed, VMAT and body stereo-taxis radiation technology.

In his spare time he cycles, plays tennis, is an enthusiastic piano and pipe-organ player. He also loves the 4 x 4 touring and venturing into neighbouring countries. 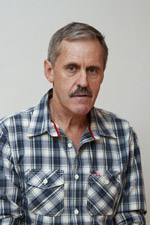